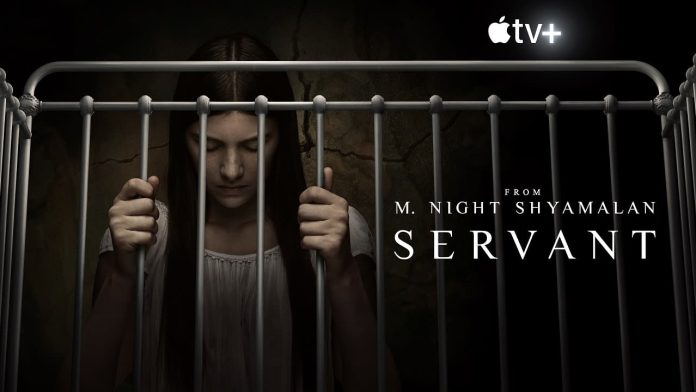 With “Servant”, Apple TV + delivers another in-house production. The series by star director M. Night Shyamalan and Tony Basgallap shows a couple who are hiring a mysterious nanny. Little by little, the secrets of the protagonists are revealed.

The psychological-horror series ” Servant ” has been extended early. Even before the start of the 3rd edition on January 21, 2022, the streaming service Apple TV + ordered a 4th season of the show from horror legend M. Night Shyamalan (“The Sixth Sense”). The only downer: The coming 4th chapter will remain the last.

Happy to announce (in my very fitting Jericho t-shirt) that @Servant is greenlit for its 4th & final season. I set the goal to tell 1 story in 40 episodes knowing there was no guarantee we would achieve it. It was a huge risk. Thanks @AppleTVPlus & #Servant cast, crew, & fans. pic.twitter.com/fv9nviVz53

Shyamalan confirms in the above tweet that the fourth season of the show will remain the last. With “Servant” he set himself the goal of “telling a story in 40 episodes.” Exactly this number of episodes will be the end of the horror series due to today’s extension by Apple TV +.

That’s what Servant is about on Apple TV +

The grieving couple Dorothy (Lauren Ambrose) and Sean Turner (Toby Kebbell) hire the mysterious nanny Leanne (Nell Tiger Free) in “Servant”. Leanne is supposed to take care of the lifelike doll of her deceased baby Jericho. Much to Turner’s surprise and delight, the doll suddenly lives.

When will Servant Season 4 arrive on Apple TV +?

After the early extension, the fourth and final season of “Servant” will appear on Apple TV + around the turn of the year 2022/2023. So far, all editions of the horror series have been published roughly on an annual basis.