Hawkeye: Who Is Yelena Belova? Is She The New ‘Black Widow’ 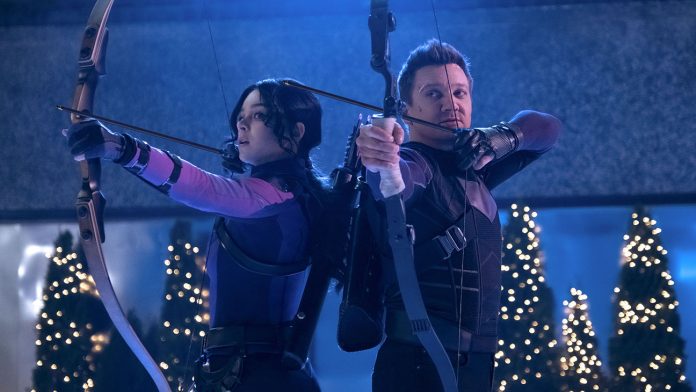 At the end of the new “Hawkeye” episode, a Black Widow is shown attacking Hawkeye. Who is she and what do you need to know about her? We clarify.

The ” Hawkeye ” series appears weekly with new episodes on Disney +. It’s about Clint Barton (Jeremy Renner), who has to deal with his student Kate Bishop ( Hailee Steinfeld ) with quite a few opponents. In episode 4, a new opponent has now been introduced who is targeting Hawkeye.

Like Natasha Romanoff, the assassin is a Black Widow, which Clint recognizes immediately. After the fight between the two, in which Kate and Maya Lopez (Alaqua Cox) also get involved, the assassin is unmasked before she can escape. It is actress Florence Pugh (” Little Women “) as Yelena Belova.

Yelena is first introduced in ” Black Widow ” and was originally supposed to appear in ” The Falcon and The Winter Soldier “, but didn’t make it into the series in the end. Her story with Clint’s best friend Natasha is examined in more detail in “Black Widow”.

Natasha and Yelena are kinds of sisters since they grew up together (at least a couple of years). Both completed their Black Widow training in the Red Room. When Natasha dies in ” Avengers: Endgame “, Yelena is shocked accordingly.

In the scene after the credits for “Black Widow”, Valentina (Julia Louis-Dreyfus) approaches Yelena and gives her a picture of Clint. She claims that Clint is responsible for Natasha’s death and puts her on him. It is difficult to say what Valentina’s plan is. She also recruited a US agent (Wyatt Russell) on “The Falcon and The Winter Soldier”.

We’ll probably find out more about Disney+. Another surprise guest awaits us in episode 5. The “Hawkeye” showrunner accidentally revealed this in an interview.