Cobra Kai: Will Season 5 Release On Netflix? Cancelled After Season 4? 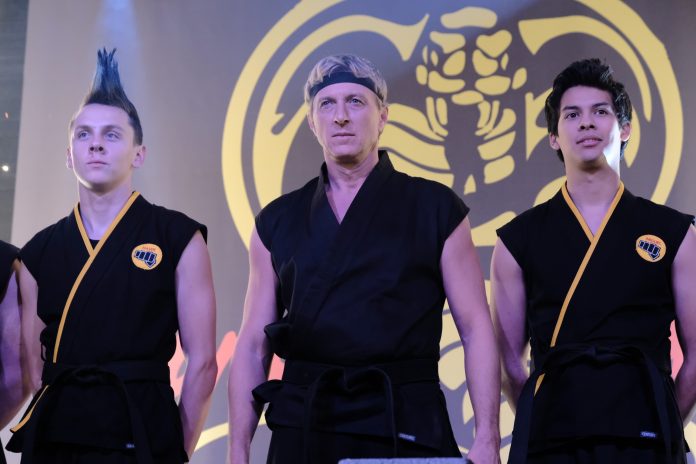 Will “Cobra Kai” continue after the already confirmed 5th season? The series makers take a clear position on this question.

The near future is clear for the famous “Karate Kid” successor ” Cobra Kai “: The new episodes from season 4 will appear on Netflix on December 31 of this year. The streaming service has already confirmed the 5th edition. But is it over after that?

Netflix has not officially ordered a 6th season of “Cobra Kai”. But producer and co-series creator Josh Heald has revealed (via screenrant) that the writers and series makers would at least like to continue.

“We have more – beyond Season 5,” said Heald. At the moment, the scribes would be busy formulating the 5th season but would not plan this as the finale and end of the karate series.

Producer Heald went on to say that he couldn’t believe how much the writers of “Cobra Kai” were in the future right now (while writing their scripts). The viewers have never seen so much of what has been written (but this will change with the fourth season).

The 5th season of “Cobra Kai”, which has already been confirmed by Netflix and is wacky mainly (!), Will be released next year. It’s going to be “another huge season with loads of new flavours and lots of new things,” according to producer Heald, that viewers haven’t seen on the show before. And, Heald adds one last time, confirming: “It’s not the end.”

During a Q&A on Twitter, showrunner Hayden Schlossberg took the time to answer a few questions for fans of the karate series. This included whether the series makers finally had the rights to the song “You’re the Best” by Joe ‘Bean’ Esposito.

To a certain extent, the song was the title song of the first “Karate Kid” film but has not yet been used in “Cobra Kai” in a montage sequence typical of the series and film series. According to Schlossberg, this should change in season 4.

But it shouldn’t stop at just using the song “You’re the Best” to fulfil fan requests. Many fans hope that the half-hour episodes will be a bit longer to extend a binge marathon. There are at least a few outliers.