Special Ops 1.5 The Himmat Story: Everything We Know So Far 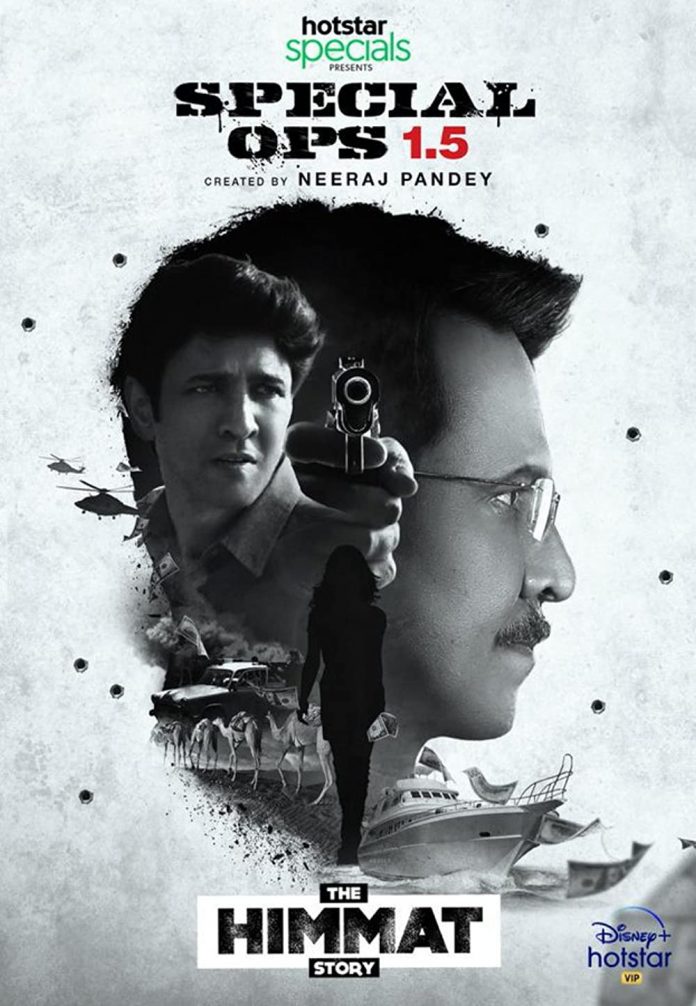 As we all get a peek of the mission that turned Himmat Singh into the courageous special agent that he has become today, Kay Kay Menon declares, “yeh to bas shuruat hai.”

Just after the popularity of Special Ops, author Neeraj Pandey chose to broaden the Special Ops world by the narrative of Himmat Singh, an audacious RAW agent.

The teaser for Special Ops 1.5: The Himmat Narrative tells a tale of Kay Kay Menon’s character, the agent.

It takes place in 2001 and delves into the events and situations that shaped Himmat Singh further into the man and special agent he has become today.

Vinay Pathak, Gautami Kapoor, KP Mukherjee, and Parmeet Sethi will be joining the show with Aftab Shivdasani and Aadil Khan.

Here’s what the director, Neeraj Pandey had said, “We have always envisioned Special Ops as a multi-layered franchise which would be leveraged on characters, scale, and format innovation.

He further added, “We’re excited to expand this universe with Special Ops 1.5: The Himmat Story on Disney+ Hotstar before the second season.”

Here’s what the producer, Shital Bhatia had said, “Keeping up with the scale and high-production aesthetics of Special Ops 1.5 was extremely challenging during the lockdown, we hope the audiences enjoy the show as much as we loved making it.”

After a tremendously successful series of the spy thriller Special Ops, Friday Storytellers and award-winning creator Neeraj Pandey has teamed up once more to extend the Special Ops world with a riveting background of the intrepid R&AW agent, Himmat Singh.

The public was fascinated by Agent Himmat Singh’s determination in taking extraordinary measures to complete any job in the previous season.

In an interview, Neeraj clarified that it is not a conventional season 2. It will be of just 3 episodes of 1 hour each. The filming wrapped up in August 2021.

The makers released a 25-second teaser on Oct 14, 2021. The teaser mentions ‘the making of Himmat Singh’. The crispy teaser has already set the fans on their toes. Coming to the release date, Special Ops 1.5 is expected to arrive on Disney+ Hotstar in Nov 2021.

Apart from Special Ops 1.5, there are a few more to-be-fan-favorite series that will be/ has been launched on Disney+Hotstar. Keep reading to find out.

It had released on the 1st of October. The film’s plot revolves on 2 star-crossed individuals who are just about to embark on a romantic affair. Kartika and Jaggi, who are just a relatively young couple, are seen in the film’s trailer.

It had released on the 1st of October. It is primarily a Tamil drama movie. Vineeth Varaprasad directed the movie. Kavin and Amritha Aiyer have acted in it.

It will be released in October. It’s an excellent action movie that begins with fighter planes flying well over water. In this movie, we will witness a new type of conflict that will take place at sea among two ships.

It will be released in October. We’ll be seeing Richa Chadha and Pratik Gandhi, who are here to promote their new web series, Six Suspects. It’s supposed to be a Delhi-based crime and murder tale. It appears that the paperwork for the very same has been completed.