DC New Superman Comes Out as Bisexual in an Upcoming Comic 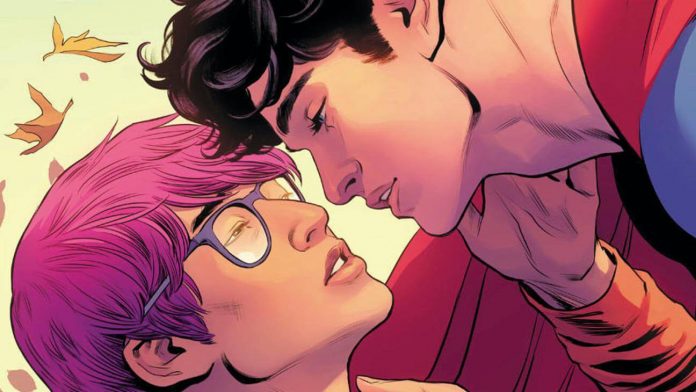 In a landmark moment in the entire comic book history, Jonathan Kent, the son of Clark Kent, aka Superman, and Lois Lane is coming out as bisexual on the pages of DC Comics, the publisher announced on Monday, which is also National Coming Out Day.

Superman has accomplished a great deal since his first appearance in comic books nearly 80 years ago. He’s saved the planet several times. He’s died and returned to life. He ducked Muhammad Ali’s punches and even encountered White supremacists.

Until this year, however, every comic version of Superman has been in adoration with his longstanding love, Lois Lane. Nevertheless, in an upcoming release of a new “Superman” series, the Man of Steel enters into a bisexual relationship.

Jon Kent, presently known as “the Superman of Earth,” will come out in the 9th November issue of “Superman: Son of Kal-El #5” when he begins a love relationship with reporter Jay Nakamura, indicating the Kryptonian apple does not fall far from the tree.

The final choice to want the present Man of Steel, Superman, emerge out as bisexual is perhaps the most elevated example yet of comic publishing companies broadening the context of LGBTQ portrayal within their chapters.

Tim Drake, aka Robin, Batman’s loyal sidekick, happened to come out as bisexual in an issue published by DC in August. Other prominent LGBTQ comic characters include DC’s Batwoman, Harley Quinn, and Alan Scott (aka the first Green Lantern), as well as Marvel’s Iceman, America Chavez (aka Miss America), and Northstar, who was among one of the first openly homosexual comic characters when he debuted in 1992.

In the issue, Jon Kent’s Superman would then find solace in Jay’s arms after exhausting himself trying to save the world. As per a press release, the story is taking place “in the main continuity of the DC Multiverse.”

Jim Lee, DC’s chief creative officer and publisher stated, “We couldn’t be prouder to tell this important story from Tom Taylor and John Timms. We talk a lot about the power of the DC Multiverse in our storytelling and this is another incredible example.

We can have Jon Kent exploring his identity in the comics as well as Jon Kent learning the secrets of his family on TV on Superman & Lois. They coexist in their worlds and times, and our fans get to enjoy both simultaneously.”

How do you feel about this news? Let us know in the comments section below.