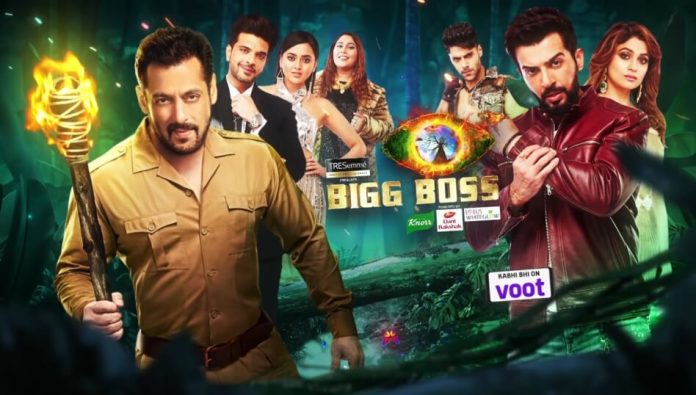 Six contestants have been nominated for the upcoming elimination this week. There was a spin as the jungly-contestants arrived in combinations and were made to choose one person’s name for nomination, with both agreeing on it.

Who Was Nominated in the Second week?

Due to Pratik’s mistake of breaking the mirror, the jungly-contestants were nominated the week before, resulting in Sahil Shroff’s elimination in the Weekend Ka Vaar episode on the 10th of October, Sunday. He earned the lowest number of votes from the viewers.

Bigg Boss had declared the task for nomination on the 12th of October, Tuesday, in which the participants had to come forward in pairs assigned according to Bigg Boss and jointly come to a conclusion to nominate one person only from the jungly-contestants.

Jay and Umar were made to team up, but they disagreed on who to nominate. Then Bigg Boss stated that if they are not able to agree on one name, they will both have to be nominated.

Simba and Afsana are had disagreements because Simba refused to nominate Vishal, but Afsana was adamant about it. They both ended up nominating Vishal.

Donal was nominated by Karan and Tejasswi, Ieshaan by Vidhi and Vishal, Afsana by Miesha and Ieshaan, and Vidhi by Donal and Akasa.

All in all, Vishal, Donal, Ieshaan, Akasa, Afsana, and Vidhi have been nominated for this week, but one of them will be eliminated from the show on the upcoming Weekend Ka Vaar episode.

As of now, Akasa and Ieshaan are at the bottom two as far as voting is concerned, while Vishal is at the top of the voting list.

It’s not a shocker now, is it?

But there are only 2 days left until the polls close, and anything could change at the last minute.

Make sure you vote for the contestant you want to save or relax while your favorite contestant stays out of nominations.

Let’s see what happens next.