When Will Megan Fox’s ‘Till Death’ Movie Release to Netflix? 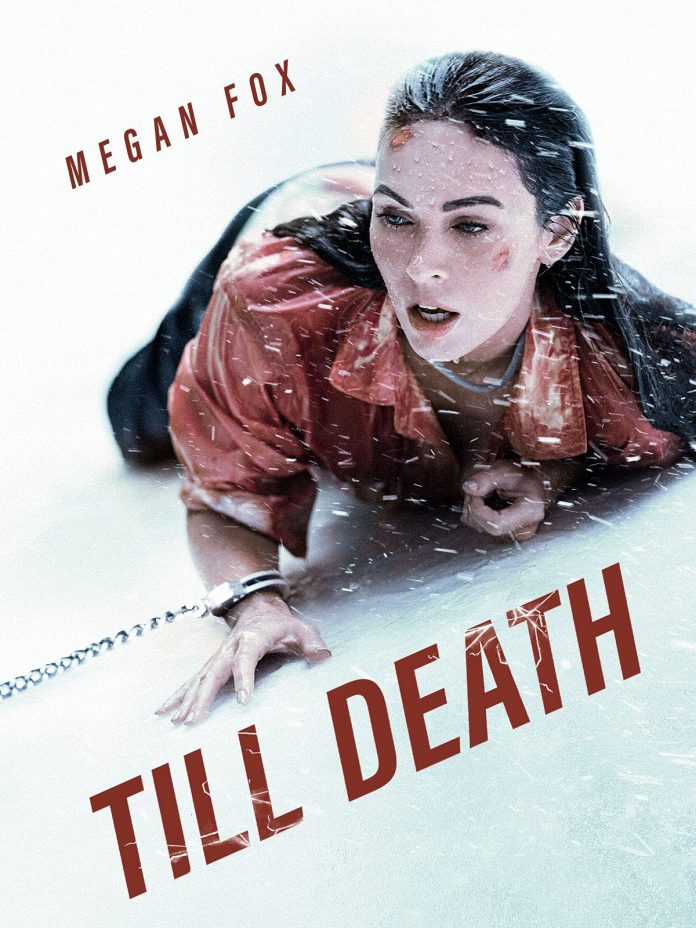 Till Death, Megan Fox’s movie is coming to Netflix, and fans are ecstatic. The film was released in July, and it’s just a matter of time until it becomes available on Netflix.

Fox, who starred in the Transformers, plays Emma in the horror/thriller/action film, in which a romantic trip with her husband takes a deadly turn.

The synopsis says, “After a romantic evening in their secluded lake house, Emma (Megan Fox) awakens handcuffed to her dead husband.

“Trapped and isolated in the dead of winter, she must fight off hired killers to escape her husband’s twisted plan.”

Till Death – On Netflix?

S.K Dale has done an outstanding job as a director in constructing the horror, thrill-filled film. The film was released in theatres in early July, and on-demand videos were also available at the same time.

The streaming house has finally purchased the show’s streaming rights, and the film is set to premiere in October.

“Survival is the best revenge,” as the trailer proclaims, and Megan exemplifies this perfectly.

While Till Death is not a Netflix original film, it is the kind of high-concept thriller that may do well on the streaming service now that it has landed in the Netflix UK.

Emma (Megan Fox) is surprised by her husband with a getaway to their private lake home to celebrate their 11th anniversary. She is unhappy in her marriage to Mark (Eoin Macken) and has an affair with his employee Tom (Aml Ameen).

He wants them to try again, so they spend a lovely evening together. However, when she wakes up the next morning, she is tied to Mark, who has just committed suicide. How will Emma survive in the middle of winter with no one to aid he in her sight?

Of course, you’ll have to watch the movie to find out.

Should you watch it or not?

It’s up to you to decide whether the film will be scary enough for you based on that and the trailer.

If you believe it is, it might make for good Saturday night entertainment. On Rotten Tomatoes, it gets an 88 percent approval rating, but just a 66 percent on Metacritic and a 5.8/10 on IMBd.

The reaction on social media has been strong and diverse, as one might expect.

If you’re still uncertain, go ahead and try it for yourself; worst-case scenario, you’ll be gone for only an hour and a half.

According to Fox, the film might potentially teach you a very clear lesson.

Speaking to Entertainment Tonight, Fox said: “I don’t know if it’s very philosophical but a lesson from this movie, break up or get divorced before you cheat… doesn’t ever work out well for anyone. [Or you] Could end up chained to a dead person.”

That is a valid point, Fox.