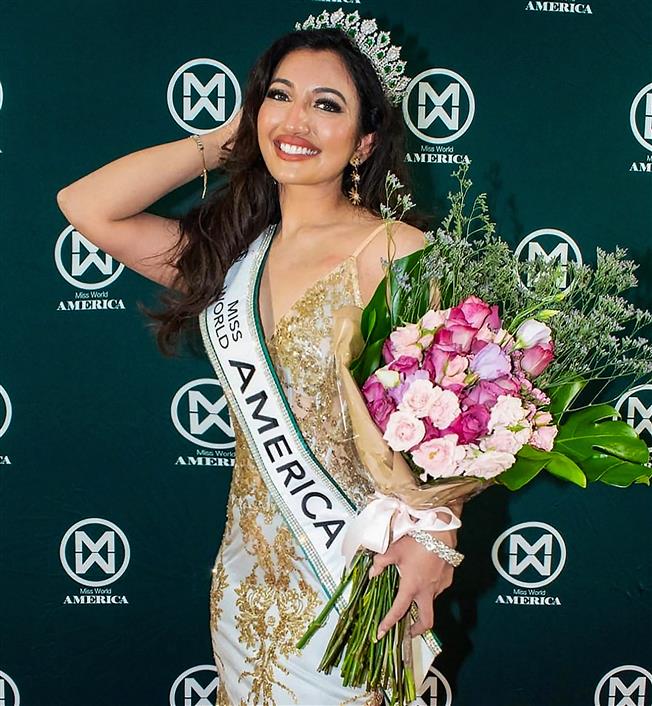 At the event, held at the Miss World America headquarters in Los Angeles, Diana Hayden crowned Shree Saini. She is also the first contestant of Indian descent to represent the United States on a global stage.

Shree Saini, from Washington State, is one of the most unusual pageant winners ever. Miss World America 2021 is the first Indian-American to win the title.

She took to her Instagram handle to share the win. She captioned, “I am the first American of Indian origin and first Asian to be crowned Miss World America.”

Shree Saini said in her statement after winning, “I am happy and quite nervous. I can’t express my feelings (in words). All the credit goes to my parents, especially my mother because of whose support I am here. Thank you Miss World America for this honor.”

Who is Shree Saini?

Saini, a heart health advocate, was born in Ludhiana on January 6, 1996, and has resided in the United States since the age of five.

Saini’s life hasn’t been easy; she’s had a pacemaker and survived a catastrophic car accident that left her with burns all over her face. According to the news agency ANI, she seldom, lets any of it hold her back or define her.

Saini was diagnosed with full heart block at the age of 12 and has had a permanent pacemaker ever since.

She “began dancing at age 3 and continued to dance even after receiving a pacemaker at 12 and being told she could never dance again,” according to her website.

“To regain her strength, Shree took extra dance classes and danced up to 6 hours a day for years. Shree is trained in ballet en pointe, contemporary, jazz, clogging and she even danced in her college hip hop team.”

The model has taken non-degree courses at prominent colleges such as Harvard University, Yale School of Drama, and Stanford University, and holds a journalism degree from the University of Washington.

Saini has been approved to train at the Joffrey Ballet’s finest dancing company in Chicago, Illinois, as a trained ballerina.