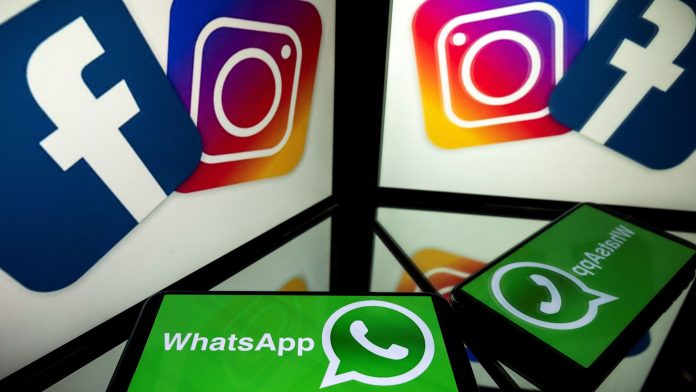 Life was interrupted, companies were cut off from consumers, and some Facebook employees were locked out of their offices as apps used by billions of people across the world went out.

On the 4th of October, Monday, Facebook and its family of applications were inaccessible for several hours, disrupting a key communications network used by billions and demonstrating how reliant the world has become on a company.

Users reported seeing error warnings on Facebook’s applications including Facebook, Instagram, WhatsApp, Messenger, and Oculus, about 11:40 a.m. Eastern time. Facebook had vanished from the internet in a matter of minutes.

The interruption lasted more than five hours until certain applications eventually came back, however, the company indicated that it would take time for the services to stabilize.

Ultimately, the consequences were far-reaching and severe. With texting, live streaming, virtual reality, and a slew of other digital services, Facebook has established itself as a critical platform.

What Caused the outage?

Changes to Facebook’s core internet infrastructure, which coordinates traffic between its data centers, were the reason this time, the company claimed late Monday. This disrupted communications and spread to other data centers, bringing the business’s services to a standstill, according to the corporation.

According to three people familiar with the situation, Facebook’s service was finally restored when a team gained access to its server machines in a data center in Santa Clara, Calif. They were able to re-set them after that.

The downtime was acknowledged by the firm, which expressed its regret. After its applications became available again, it issued an apology on Twitter.
Check out their Twitter post:

We’re aware that some people are having trouble accessing our apps and products. We’re working to get things back to normal as quickly as possible, and we apologize for any inconvenience.

Cloudflare, which recently had its own internet outage, has offered a thorough explanation of what happened.

The Domain Name System (DNS) and the Border Gateway Protocol (BGP) are two components that determine how the internet works.

The internet is made up of several interconnected networks. So, in order to maintain order, one will need something like BGP to inform where one needs to go.

DNS is the address system for each website’s location (its IP address), but BGP is the path that determines the most efficient route to that IP address.

Facebook essentially told BGP on the 5th of October, Monday through a series of updates that certain routes to Facebook no longer existed, according to Cloudflare. But not just for Facebook, but everything it runs too. As a result, those attempting to access Facebook were unable to do so.

Why did it take so long to fix it?

Employees had a difficult time diagnosing and resolving the problem because Facebook’s internal systems are all run from the same location.

Employees at Facebook were allegedly unable to access their own communication network, Workplace due to the outage affecting the security pass system.

The duration and severity of the outage, according to Facebook, meant that the systems were gradually being restored to full capacity.

What are the after-effects?

For starters, the chain effect that the outage caused was a huge source of frustration for Facebook’s staff. In a series of tweets, Alex Hern, an editor at The Guardian, stated that Facebook’s IT infrastructure is heavily reliant on Facebook.

So, if the company accidentally cut its servers off from the internet, it would have been hampered in its ability to “update” the internet with correct information, log in to Facebook’s systems to send that update, use a digital badge to access the server room where Facebook’s systems are housed, and send messages to the security team asking them to unlock the doors with a physical key, according to Hern.

Businesses that run Facebook and Instagram advertising and connect with consumers on the platforms were also affected by the outage since Facebook’s services fuel a significant chunk of the digital economy.

WhatsApp is the most popular messaging app in many parts of the world, particularly Latin America and India, and is widely used for personal, professional, and political communication, so Facebook’s outage disrupted users’ ability to communicate with one another, according to José Caparroso, a Forbes editor.

Facebook CEO Mark Zuckerberg and other business shareholders had a bad day as well: Zuckerberg’s net worth fell by $7 billion on Monday as Facebook’s stock dropped by approximately 5%.

The internet had a field day, with people racing to Twitter and other social media sites to mock the situation with memes.

See also  You Season 4: What Are The Updates On Netflix? Renewal? Release Date?
Share
Facebook
Twitter
Pinterest
WhatsApp
Previous articleHouse of the Dragon Teaser, Release Date, Plot And Latest News
Next articleVenom: Let There Be Carnage- How to Watch Online?

See the 10 cybersecurity trends for 2022