Top 10 Most Expensive Funko Pops One Must Buy 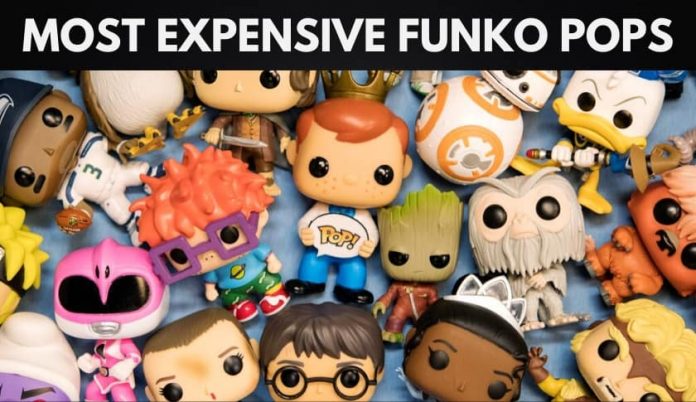 We all know that there are people who love collecting precious items for their collection. These people are very enthusiastic and very serious about the items they collect. Because collection can be a satisfying feeling for people who have this habit of collecting items. But sometimes collecting can get pretty expensive. If we take the example of the Funko Pop collection.

But these fanatics are so engrossed in collecting the items that they forget how expensive these items can get. Sometimes it gets difficult for us to think which item will hit skyrocket value and which one will be of nuts’ value.

We tend to think that exclusive items released with extremely limited quantities will go up in value. And items that are readily available at a cheap price will significantly become cheaper with time. But this doesn’t apply to all. The thing that we are talking about is a toy with a height of just 3.75 inches and weighs about 0.25 pounds and is made of cheap plastic.

And their worth can be in thousands of dollars. They are Funko Pop figurines. And are collected by many kids, teenagers, and adults. No one ever thought that these Funko figures were going to be worth something in a couple of years.

Some Funko pop figures are so expensive that you can even buy a car or even an entire house. Maybe you can get more than that later.

Just like everything, their value can increase or drop according to the market scenario. Regardless, if you have the rarest and expensive collection of Funko Pop, then you can make quite a sale and earn a huge profit from it.

Mike Becker found it in 1998. The company started with a small project and the project was about bringing back low-tech, nostalgia-themed toys in the high-tech world. Funko’s first manufactured figure was Big Boy bobblehead in a restaurant advertisement. Sold in 2005, and now the CEO of Funko LLC is Brian Mariotti. Since 2005, the company has signed deals with WWE, Marvel, FOX, Warner Bros, Disney, HBO, etc.

Funko Inc. company manufactures licensed and pop culture collectibles which are based in America and are best known for their vinyl figurines and bobbleheads. In addition, the company manufactures plush, action figures, and electronic items such as lamps, USB drivers, and headphones.

Here’s a list of the 25 most expensive Funko Pop!s. 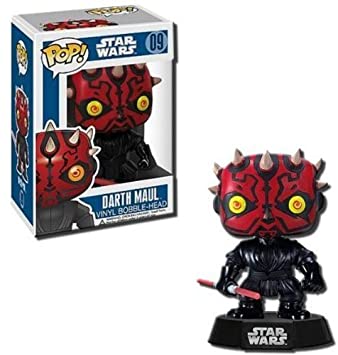 Darth Maul is a character from Star Wars in which he is a very dangerous warrior. He has a lightsaber, and he is talented in fighting with it, it’s an energy sword that can cut through almost anything. Its Funko pop figure premiered exclusively at San Diego Comic-con in 2012. And 480 Funko pop vinyl figurines were produced. This Funko pop figurine value is $3,020. 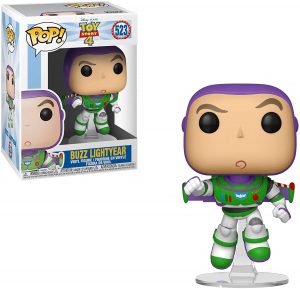 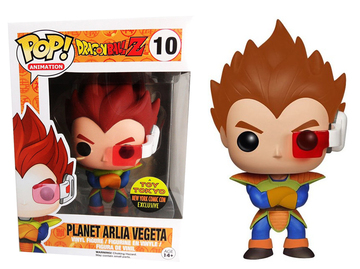 This Pop vinyl figurine was first introduced to New York Comic-con in 2014. This character is from the Dragon Ball Z franchise known as Vegeta from Planet Arlia. According to collectors, Planet Arlia Vegeta is one of the hardest Funko Pop to find. The average value of this Funko Pop is $3,120. Those who are fans of Dragon Ball Z will surely love this. 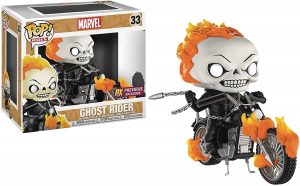 Johnathon Blaze as the Ghost Rider is a popular superhero fictional character from the marvel universe. Johnny Blaze is a motorcycle rider who changes into a ghost rider. He gets his power by selling his soul to the devil to save his surrogate dad. With his mystical power, he seeks revenge and helps the innocent from goons.

Its Funko Pop figurine premiered at San Diego Comic-con in 2013. Its estimated value is $3,390 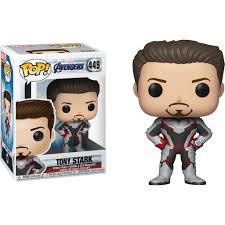 Tony Stark is known as the Iron Man. He was a billionaire, a philanthropist, a playboy, and a genius scientist. He was the former CEO of the Stark industries and one of the lead members of The Avengers, a team of superheroes. And its estimated value is $3,500. 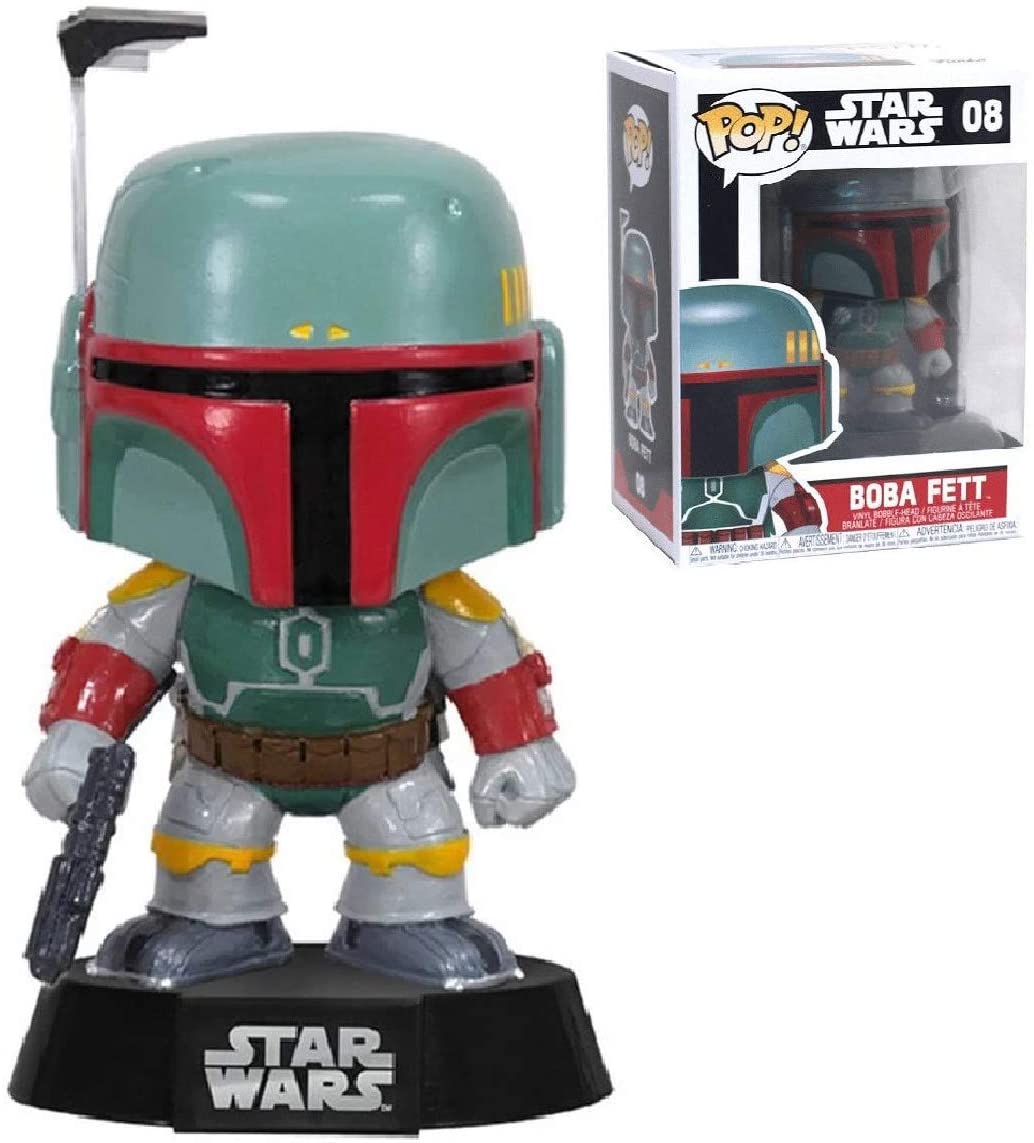 This Funko Pop arrives in a beautiful and colorful window display box. It was first introduced at San Diego Comic-con in 2014 and just 24 Funko Pop figures were produced.

Boba Fett is a fictional character from Star Wars and was known for never taking off his helmet. He is the galaxy’s most dangerous bounty hunter. With his deadly weaponry and Mandalorian and silent demeanor, Boba Fett was one of the most feared bounty hunters. Other than that, he is a genetic clone of his father, Jango Fett, also a bounty hunter. 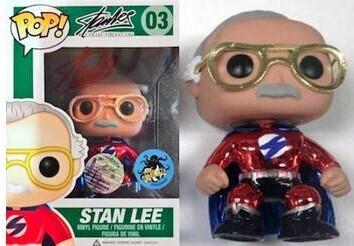 This Funko Pop vinyl figurine is very special because it has our real-life superhero’s signature that is of Stan Lee. Since he passed away in 2018, it was a dark moment for all of us. Since then, Funko Inc has released many new Stan Lee Funko Pop figurines.

There is a red metallic variant of it which is worth around $8,000. However, some other Pops are also available for $6,100. Dumbo is an elephant in the movie Dumbo, where the baby elephant is dressed as a clown and forced to entertain people in a circus. Disney produced the animated movie Dumbo and was released in 1941. The cute little elephant was mocked because of his large wings like ears. However, he can fly using his ears, which makes him a special elephant.

Dumbo Funko Pop vinyl figurine premiered at San Diego Comic-con in 2013. The estimated value of this pop is $7,430. 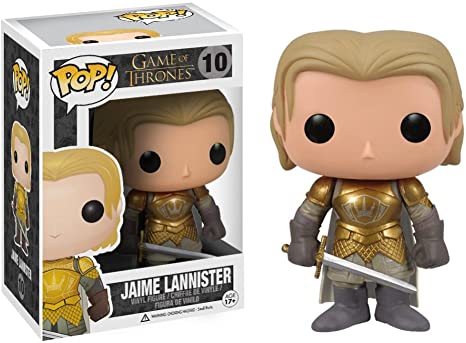 If you are a fan of Game of Thrones, then you’ll surely love this Funko Pop of Jaime Lannister. He was the elder son of Tywin Lannister, twin brother of Tyrion Lannister and Queen Cersei Lannister. Also, he was the Knight of the King’s guard.

Its bloody variant was released exclusively at the 2013 San Diego Comic-con. 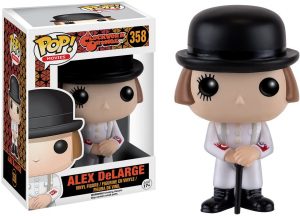 The most expensive Funko Pop vinyl figurine on our list. And it’s the glow in the dark edition. It comes in a beautiful window display box and stands 3 3/4’’ tall. Alex DeLarge is the protagonist and narrator of the movie A Clockwork Orange. A Clockwork Orange is a crime drama movie released in 1971.

We hope you found the above information useful. Please let us know in the comments about your favorite Funko Pop.