Red Notice Release Date: Dwayne Johnson will be Back in Action It is time to see our favorite action hero Dwayne Johnson back in action in the upcoming movie Red Notice!!!

Ed Notice is the director of the forthcoming film with Rawson Marshall Thurber, the writer. The film was supposed to be released on June 12, 2020, according to Universal. But then the date was pushed out to November 13, 2020, a five-month delay. Netflix later took over the show on July 8, 2019.

Johnson made an appearance via video in Netflix’s Global Fan Fest, TUDUM, where he promoted Red Notice by stating that it’ll be among Netflix’s biggest movies ever and “absolutely Massive. “ But who else is in the cast? When would the awaited movie release? Is there any trailer? What about the plot of Red Notice? If these questions lie in your head too, you are at the right spot. We’ll discuss everything we know so far about Red Notice:

The movie has been in the works for a while. Universal Pictures was delivering the film before transferring to Netflix in July 2019. In July 2021, the film’s official release date was announced to be November 12, 2021.

At the beginning of this month, Red Notice dropped its first trailer. You can watch the trailer here:

And during TUDUM, an exclusive clip of the show was released, giving us a sneak peek at the events of the upcoming movie.

In the exclusive clip, we see an astounding action scene among the three leads. John (Dwayne Johnson) and Nolan (Ryan Reynolds) Vs. Sarah (Gal Gadot). It was both comedy and thrilling to watch, giving us a glimpse of what the movie will be like.

The Cast of Red Notice: Who’s in it? The main cast of the show includes:

All though there is not much information about the supporting cast, what we know so far is that they include:

What about the Plot of Red Notice? 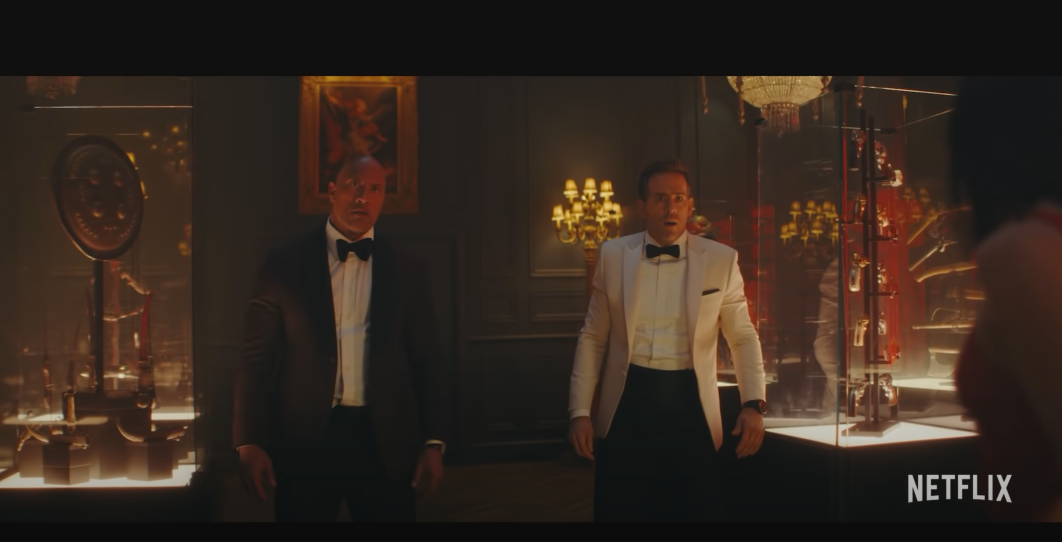 From the trailer released early this month and the exclusive clip launched during TUDUM, it is clear that impressive action and adventures are waiting for us.

The movie revolves around the FBI’s best agent Johnson and the two rival crooks. Their life completely turns around when Interpol releases a red notice, which is a global alert to locate and capture the world’s most wanted offenders. After which the trio is set to work together for a daring robbery.

Red Notice is among the most awaited film on Netflix. The cast, storyline, and everything will make the movie a big hit for sure.