‘The Conjuring’ House listed For Sale at $1.2 Million 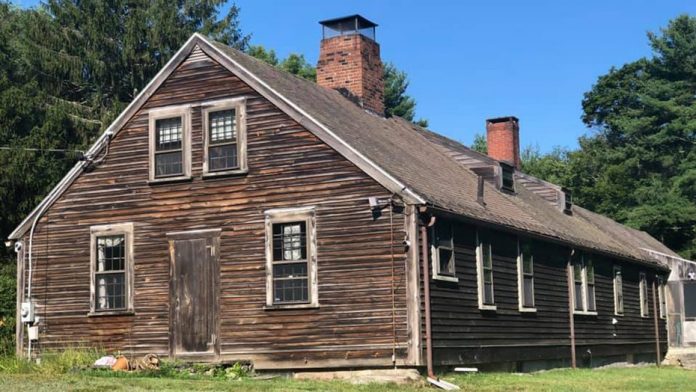 Would you have the fortitude to stay the night in the house that follows the story “The Conjuring”? You can now, do it.

A Rhode Island farmhouse famous for being the inspiration for the 2013 horror film The Conjuring went on the market on Thursday for $1.2 million, which includes over 8 acres of surrounding land according to previous inhabitants.

Three bedrooms, one and a half baths, numerous living spaces, and a library are among the features of the 14-room farmhouse in Burrillville, Rhode Island, a tiny hamlet northwest of Providence.

The home includes a big dining room with windows that look out over the land and also serve as an escape hatch:

The house’s two most appealing selling points, according to sales associate Ben Guglielmi of Mott & Chace Sotheby’s International, are its unique place in a niche cultural history and the potential for investors to capitalize on the property’s notoriety with business ventures like current owners Jenn and Cory Heinzen have done.

What is the history behind this house?

In 1736, the house was built. When the Perron family, a married couple with five kids moved in in the 1970s, it became well-known.

They sought aid from renowned paranormal investigators Ed and Lorraine Warren after having traumatic encounters, according to the family. The tale of the Perrons was later recounted in the 2013 horror film “The Conjuring.” The movie was not shot on location in Rhode Island.

Cory Heinzen, a paranormal enthusiast, and his wife purchased the house in 2019 for roughly $440,000. It’s currently on the market for $1.2 million, which is about three times the previous asking price.

The three-bedroom house is 3,100 square feet in size. Heinzen claims that he’s had a lot of paranormal activity in his house.

One of the house’s living rooms, complete with spooky Raggedy Ann dolls that inspired one of the story’s central plot points: 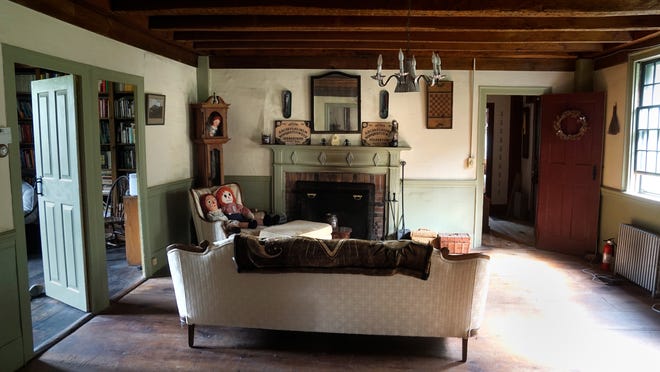 “It’s been very busy, doors opening and closing on their own, footsteps, knocking the disembodied voices,” Heinzen said during an interview last year.

The couple rents out their home for overnight guests and hosts paranormal activities on the premises. They’re booked through 2022, according to The Wall Street Journal, but they’re selling the property due to Heinzen’s health and the burden of operating the business.

The house is also described as an “extraordinary piece of cultural history” in the listing. It was inhabited by a witch who resided there in the 1800s, according to the movie. Everything we witnessed in the movie is true to life and is based on true events.

The Heinzens are seeking a buyer who will carry on with the company they founded.