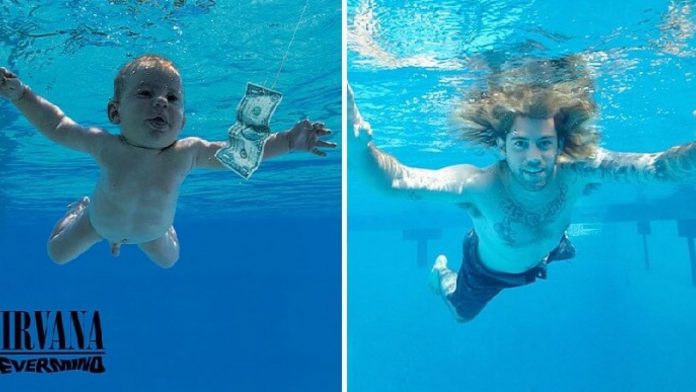 It’s not uncommon for people to reflect on their childhood experiences. And a lot has changed since Nirvana shot the album cover for Nevermind in 1991, the band’s sophomore album that launched them to superstardom — and whose image of a baby is now the subject of a lawsuit from the same infant.

The man who was photographed naked underwater as a youngster and later appeared on Nirvana’s iconic “Nevermind” album cover has filed a lawsuit alleging he was a victim of child pornography. Spencer Elden, now 30, is shown as a child in a swimming pool with his penis exposed on the record cover.

The cover of Nirvana’s sophomore album, released in 1991, features a digital imposition of a dollar bill on a fishhook, which the infant appears to be attempting to grasp. The cover was largely regarded as a scathing critique of capitalism. Legally, nonsexualized nude images of infants are not deemed child pornography. Elden’s lawyer, Robert Y. Lewis, claims that the baby looks “like a sex worker” because of the currency in the photo. 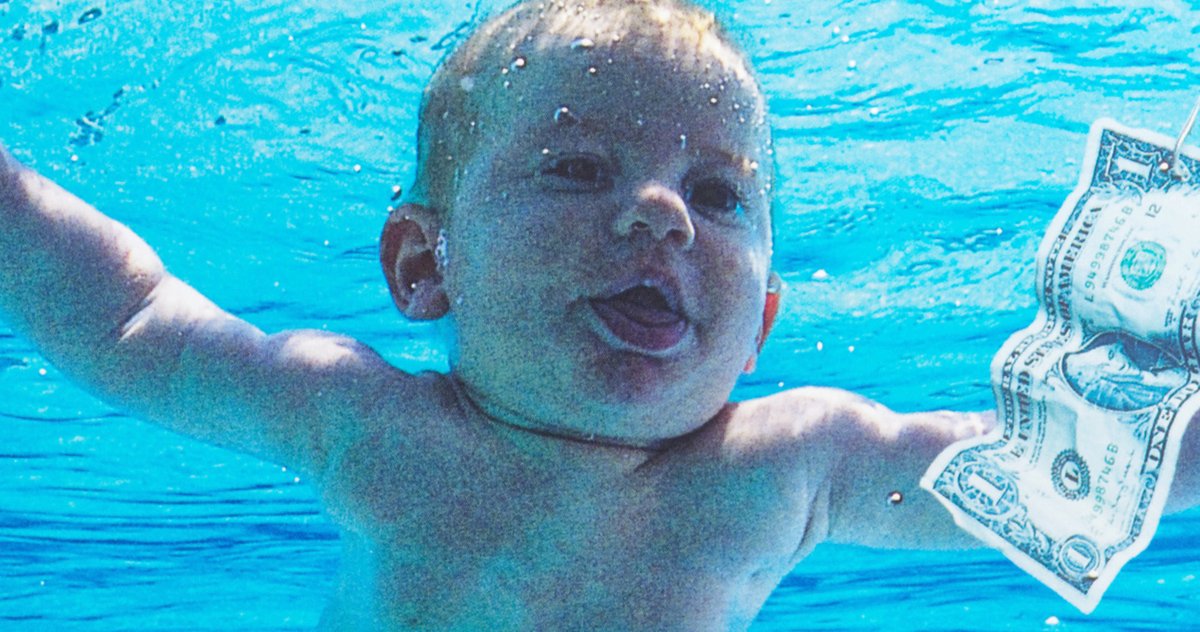 According to the lawsuit, Kurt Cobain “chose the image depicting Spencer — like a sex worker — reaching for a dollar bill that is positioned dangling from a fishhook in front of his nude body with his penis explicitly shown.”

Elden is seeking at least $150K from each of the defendants, which include surviving band members Dave Grohl and Krist Novoselic; Courtney Love, the executor of Cobain’s estate; Guy Oseary and Heather Parry, Cobain’s estate managers; photographer Kirk Weddle; art director Robert Fisher; and a number of current or defunct record labels that released or distributed the album in the last three decades.

Even though he was replaced by Grohl in 1990, before the album was made or the cover picture done, original Nirvana drummer Chad Channing is named as a defendant.

After seeing a documentary about infants being born underwater, Cobain commissioned the photo and “felt the image would make a fascinating cover,” Fisher told the magazine at the time. “We decided against that concept since it was a little too graphic, so we went with the swimming baby instead.” Weddle took the photos at the Pasadena Aquatic Center in California, which has an Olympic-size pool.

According to the lawsuit, “Weddle shot a series of sexually graphic nude images of Spencer.” “To ensure that the record cover elicited a visceral sexual response from the spectator, Weddle stimulated Spencer’s ‘gag reflex’ before submerging him in poses that highlighted and emphasised Spencer’s exposed genitals.”

The suit claims that “Weddle created these sexually graphic photos with the objective of boosting and increasing the financial success of Nirvana, L.L.C.’s Nevermind album.”

When it debuted at No. 1 on the Billboard 200 in early 1992, the album was selling around 300,000 copies per week. The album has spent at least 335 weeks in the Billboard 200, with hits like “Smells Like Teen Spirit” and “Come as You Are.” After some backlash to the cover image, Cobain decided to release the album with a sticker over Elden’s genitals reading, “If you’re upset by this, you must be a closet paedophile.” 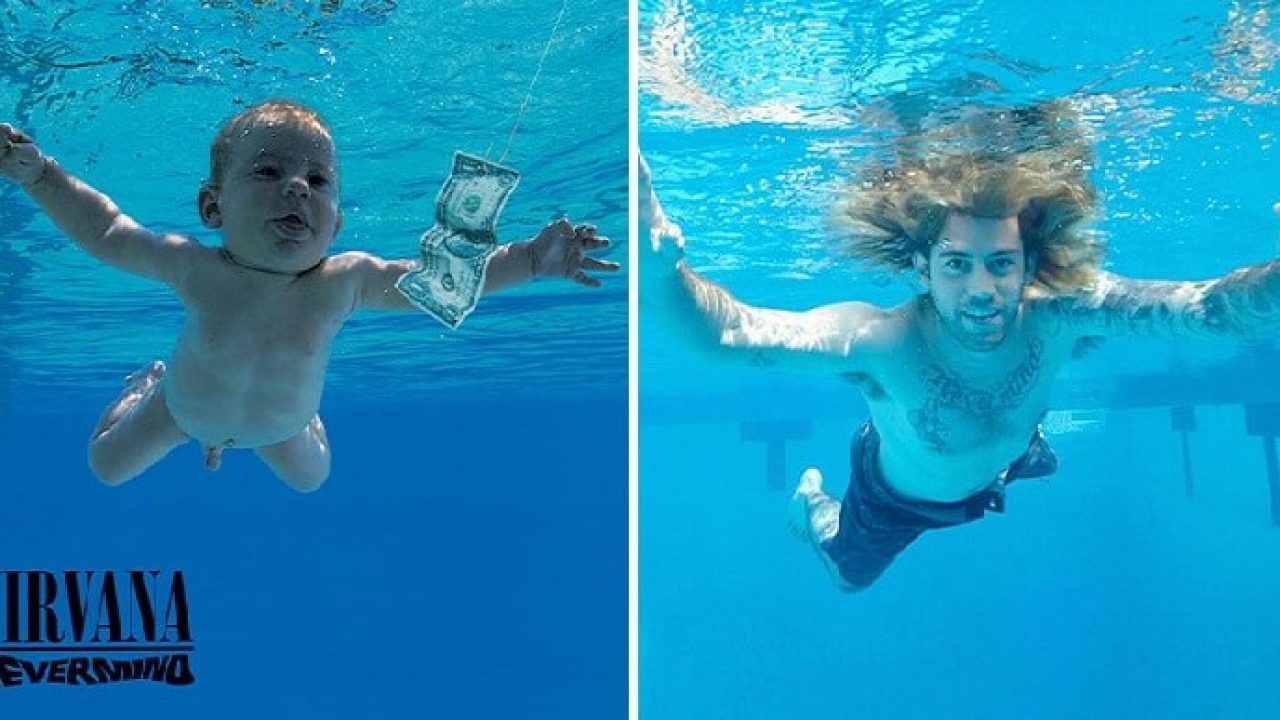 According to the lawsuit, neither Elden nor his guardians signed a release approving the use of the image. According to Entertainment Weekly in 1992, the family was compensated $250. The family didn’t think about it again until three months later, when they spotted a 9-by-9 blowup of the cover on the Tower Records wall on Sunset Boulevard, according to the NPR account. “Geffen Records delivered 1-year-old Spencer Elden a platinum album and a teddy bear two months later,” the story stated. Elden has recreated the position as a teenager and adult, diving into pools to pose — while wearing swim trunks — on the tenth, seventeenth, twentieth, and twenty-fifth anniversaries of the record. 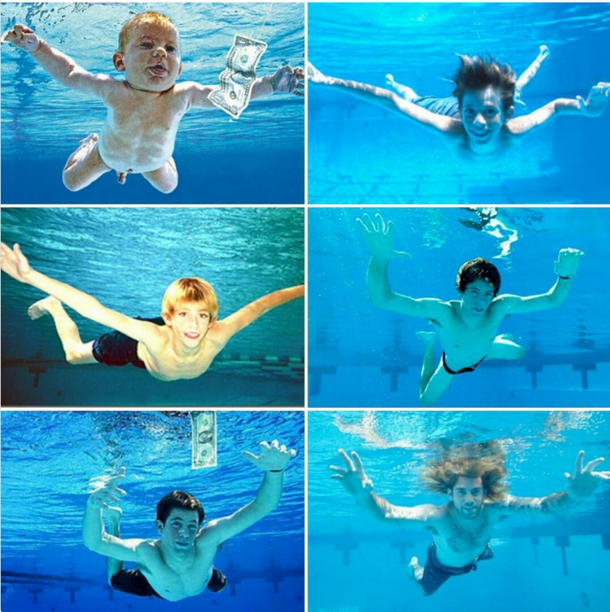 However, he revealed mixed sentiments about being renowned for the “Nevermind” cover and whether he was exploited in most of the interviews that accompanied these photo shoots. Despite his continuous uncertainty about the photo’s impact, he had never referred to it as pornographic until recently. He’s also mentioned in past interviews that he tried to contact Grohl and Novoselic on a friendly basis but never received a response.

When Elden last reproduced the stance as an adult in 2016, he told the New York Post that he intended to do it naked. “I told the photographer, ‘Let’s do it naked,’ and he agreed. But he felt it was crazy, so I donned my swim trunks,” he explained.

“The anniversary is significant to me. It’s odd that I did this for five minutes when I was four months old and it became such an iconic image,” he stated at the time. “It’s cool, but strange, to be a part of something so significant that I don’t even recall.”

He went on to say that he favours The Clash to Nirvana.